Yesterday, FilmOntario held its inaugural Lobby Day at Queen’s Park. Industry leaders from the screen-based industries – including representatives from unions, production companies and studios – met with MPPs, ministers, party critics and political staff to highlight the recent successes of this $1.7 billion a year industry.

The focus of the meetings was to reinforce the benefit of government investment in the screen-based industries, to maintain tax credit support, and to encourage provincial investment in expanding Ontario’s studio infrastructure. FilmOntario recently released a report on infrastructure gaps and needs in the province, which is available here.

“Over the past twenty-five years, Ontario has grown to be one of the leading jurisdictions for screen-based content creation in North America, thanks to our diverse on- and off-screen talent, fabulous locations, and provincial incentives,” said Sue Milling, Executive Director of ACTRA Toronto and FilmOntario Board Co-Chair.

Jennifer Jonas, President of New Real Films and FilmOntario Board Co-Chair added “as an industry, we contribute billions of dollars to the economy and create thousands of jobs all across the province, and we look forward to working with our government partners to ensure that growth continues for many years to come.”

“We are pleased that 2016 was another record-breaking year for the film & TV industry, with production supported by the Province representing more than 35,000 Ontario jobs and contributing $1.7 billion to our economy. Our government recognizes the importance of this vital sector to the province’s economic growth and remains committed to creating the right conditions to help our film and TV industry continue to succeed,” said Eleanor McMahon, Minister of Tourism, Culture and Sport.

“The Abacus Data poll demonstrates a high level of understanding across the province, for the benefits of a globally recognized film and television production sector in Ontario,” said MPA-Canada President Wendy Noss. Noss added, “It’s an encouraging message of support for a strong public-private strategy to continue to nurture competitive and sustainable film & television in the province.”

Film and television productions spent $1.7 billion in Ontario in 2016, creating over 35,5000 jobs and contributing $3.3 billion to Canada’s GDP. 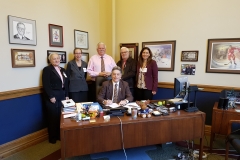 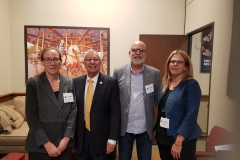 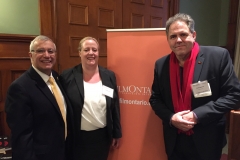 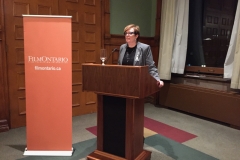 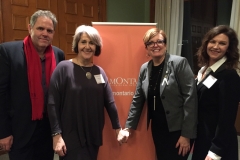 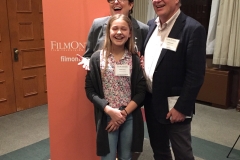 Thank You for a Successful 2017 AGM!
Ontario Productions Awarded Around the World